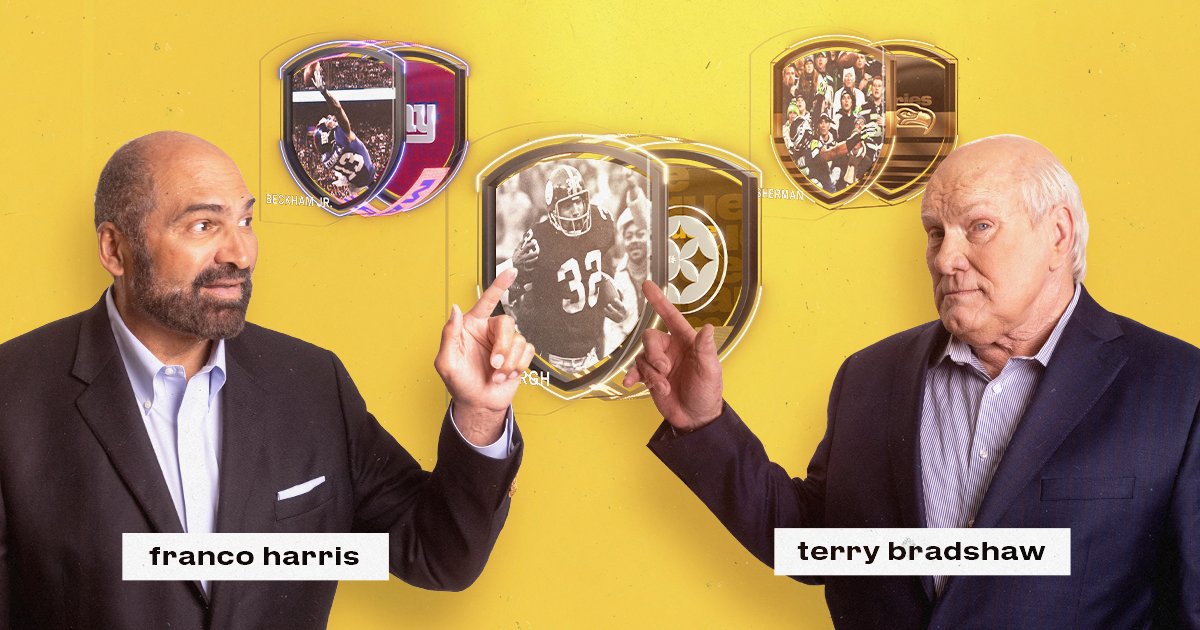 If you’re a football fan, you’ve seen it a million times. Broken down frame by frame, dissected by countless pundits and immortalized in the folklore of the NFL.

Time and time again, it’s been selected as the greatest play in NFL history.

Now, for the first time ever, you can stake YOUR claim to the Immaculate Reception.

In celebration of its 50th anniversary, the Immaculate Reception is coming to NFL ALL DAY as the newest Ultimate-tier Moment, giving fans a chance to own a super-rare collectible of the NFL’s most iconic highlight.

Whether you're a die-hard Steelers fan or simply a lover of NFL history, the Immaculate Reception Moment is a show-stopping grail to headline any collection.

Stay tuned for more details on the drop this week.

Fail to convert, and their season would be over.

Quarterback Terry Bradshaw rolled out of the pocket, searching desperately for a receiver.

Bradshaw fired a pass over the middle intended for John “Frenchy” Fuqua.

Raiders safety Jack Tatum was there to break up the pass, sending the ball ricocheting backwards and seeming to end the Steelers’ season.

Not so fast, though.

Steelers running back Franco Harris had released from the backfield and headed towards the ball as it flew downfield.

He scooped the deflected pass as it hurtled toward the ground and headed down the sideline for an impossibly improbable touchdown.

Fans poured onto the field - it took 15 minutes to clear the field for the ensuing extra point.

The Immaculate Reception served as the start of one of the NFL's greatest dynasties - though the Steelers would lose the next week in the AFC Championship, they returned with a newfound confidence and  would go on to win four Super Bowls in the next six years.

The controversy surrounding the play - did the ball hit Tatum, did Harris catch it before it hit the ground? - has only added to the mystique, inspiring fans and analysts to debate the highlight to this day.

Now YOU can grab a piece of history. Join the pack drop next week for your chance to be one of just 10 fans to own perhaps the NFL's most unforgettable Moment.