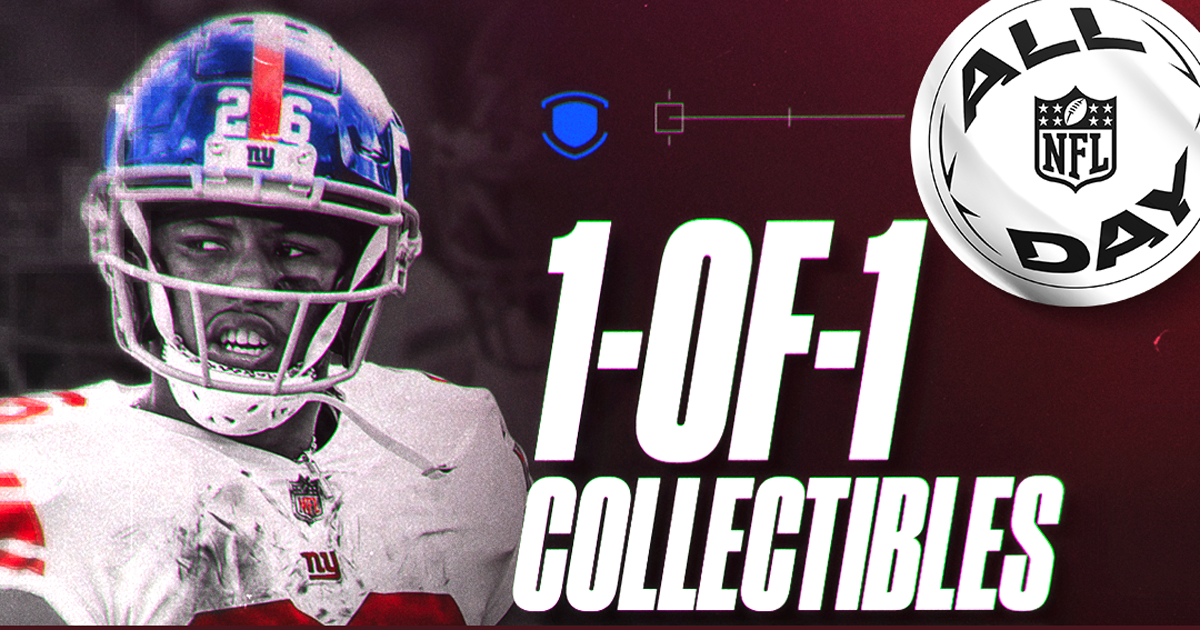 1-of-1 collectibles representing the first NFL ALL DAY Moments ever curated and minted.

Every product starts somewhere, and NFL ALL DAY started with the Genesis Moments.

During the 2021 season, our team began the process of developing digital highlight collectibles that chronicled the story of the NFL - the best plays, performances and stories memorialized forever in a way that fans can own them.

The Genesis Moments reflect the start of that process.

Before we opened up to fans in a closed-beta environment in late 2021, we began curating top highlights over the first 10 weeks of the season from some of the league’s most impactful players.

Our Playoff Push drop will mark the first-ever release of Genesis Moments.

To celebrate the close of our first full regular season, we’ll be inserting Genesis Moments from 10 major stars across our three pack types: Premium, Standard and Hot Route.

The 10 Genesis Moments will be inserted into upcoming packs as follows:

As for the other 342 Genesis Moments, we will be making release decisions on a case-by-case basis - some will be earnable through Leaderboard initiatives, sweepstakes giveaways, or other forms of distribution. Some may be burned.

We are committed to distributing all Genesis moments by the end of the 2024 season.

Q: If these Moments were minted first, will they feature the All Day Debut badge?