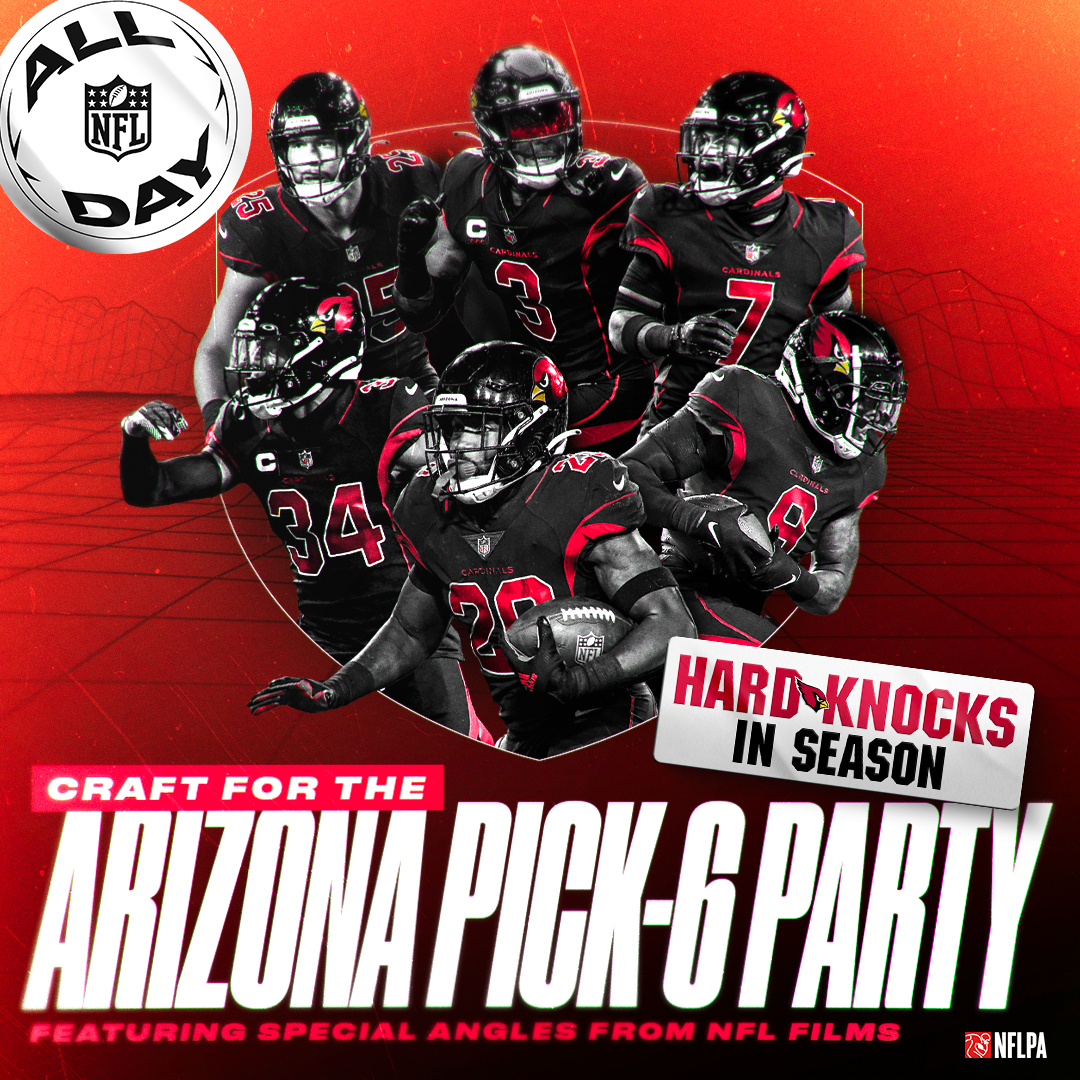 Arizona's pair of exciting interception return touchdowns in Week 7 against the Saints is one of the most memorable sequences of the 2022 NFL season thus far.

Not only was it seen in primetime - the cameras were rolling for HBO's Hard Knocks In Season show featuring the Cardinals.

Now the sequence is coming to NFL ALL DAY in special fashion.

Through a partnership with Hard Knocks, we'll be making it the first 2022 Moment to feature NFL Films angles in addition to the original broadcast shots.

Lovers of defense will be excited to hear that we're releasing the unforgettable display through an exclusive Crafting Playbook gated to holders of our Series 1 "Make the Stop" set (as of a snapshot at 2 PM ET, today, Dec. 15). Check here for the full list of eligible collectors.

If you're eligible, you can click here to view the Playbook and get started.

To celebrate the Cardinals' Hard Knocks In Season series and the inclusion of NFL Films angles in the Moment, the Challenge ties into the history of the Hard Knocks series:

In addition to burning 1 Series 2 Cardinals Moment, you'll need to burn either:

The Playbook features all burn tasks grouped under one single "play" - complete it to gain 100 yards and earn the new Moment, which will land in our "Draw It Up" set.

The Moment will be minted to the number of completions of the Playbook - then categorized into a certain Rarity tier based on the resulting mint count.