Historical Series Drop I: "In The Spotlight" 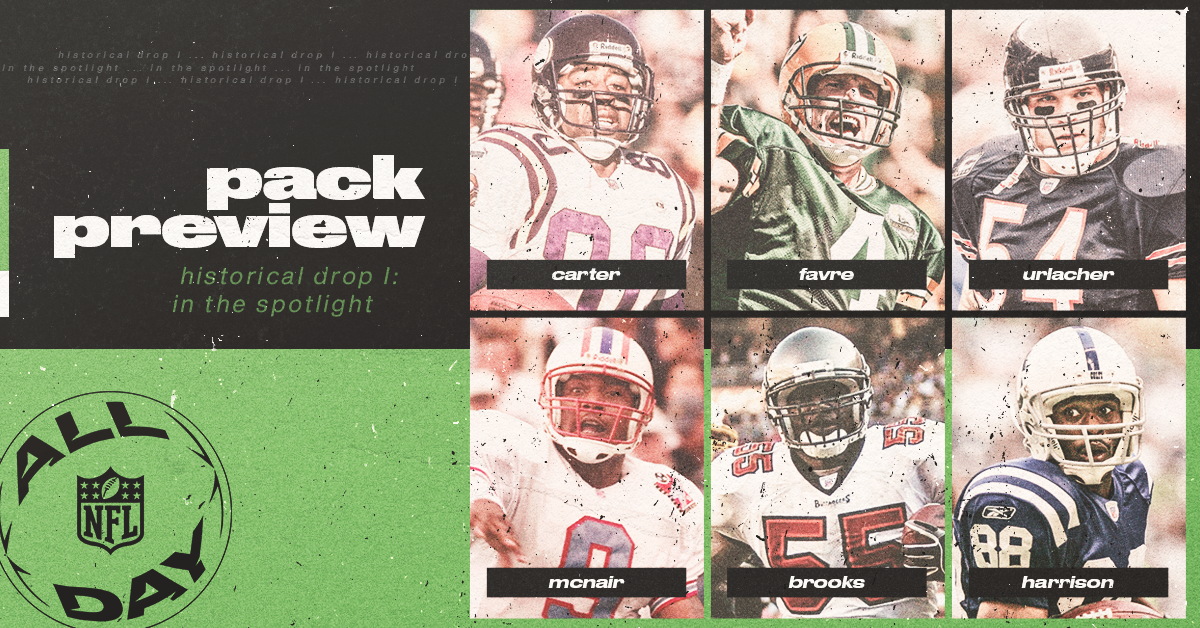 Football is at its most unforgettable when everyone is watching.

Every play and every performance is magnified, the spotlight shining on the stories that draw us closer to the game and to each other.

Brett Favre stepped into that spotlight on a Monday night in Oakland, Dec. 22, 2003, under difficult circumstances, just one day after the passing of his father.

There were questions about whether he would even take the field on that night, but Favre has since explained that it didn’t take long for him to decide he would play.

It’s what his father would have wanted.

The opposing Oakland crowd gave him a standing ovation when he came out of the tunnel. Signs in the stands wished him well. Then Favre put on one of the most impressive performances of his storied NFL career.

He threw four touchdowns in the first half alone, on his way to 399 yards on 22-of-30 passing in the game and a 41-7 Packers win over the Raiders, a crucial late-season victory that helped to push Green Bay into the playoffs.

And that’s the kind of greatness that makes us look at the person in the seat next to us or look across the room at a friend, sibling, or parent and smile. Those moments in the spotlight are what can make a Monday night in December mean so much more.

Why? Because we're all together, watching. Experiencing greatness.

Set for 2PM ET on Friday, April 22, NFL ALL DAY’s first Historical Series drop - “In The Spotlight” – explores regular-season moments when some of the best players in league history delivered in the spotlight, from rookies making their first big splash to seasoned veterans in rivalry games.

It's centered around that iconic Favre performance against the Raiders, memorialized as the first Ultimate-tier Moment ever to be released on NFL ALL DAY – with a mint count of just 10.

Favre is featured prominently, including when he announced his entrance into the league after coming into the game for Green Bay’s injured starter and led the Packers to a last-second win in 1992. It spans to his post-Green Bay days as well, including a stunning game-winner against San Francisco during his time in Minnesota.

Each pack will be $84 and feature four Moments, with all players in the drop tied to Favre in some way.
‍
Some are former teammates or rivals. Others are fellow MVPs or Mississippi-born players. A few made similar career choices as Favre, retiring and then coming back to the league. We'll let you figure out the rest of the ties as we announce the full player list in coming days.

Beyond Favre, here's a few of the other NFL greats you’ll see in this drop: