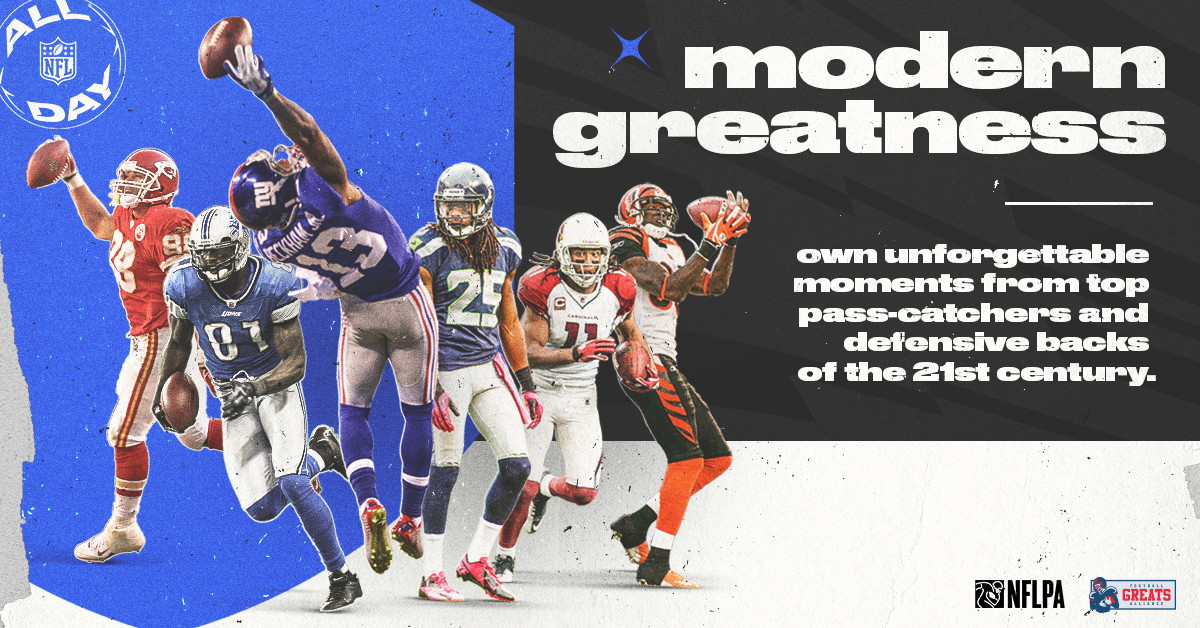 Not on NFL ALL DAY yet? It's the perfect time to start – sign up now and start building your collection of the NFL's most memorable Moments.‍

Our Sept. 1 pack drop, titled “Modern Greatness,” is your chance to pull some of the greatest Moments of the 2000s for your collection.

Top highlights include the Minneapolis Miracle, Sherman’s 2013 Conference Championship tip, Fitzgerald’s unforgettable overtime effort vs. Green Bay in the 2015 Divisional Round, the Miracle at the Meadowlands II and more.

Want a quick primer on NFL ALL DAY? Check out our "Training Camp" series with Chad Johnson.

Already well-versed? Get in the marketplace today and build your collection before the season starts!‍

CHECK IT OUT ON THE PACK PAGE

Do you know greatness when you see it?

You watched it in real-time, trying to process what you’ve just seen. And then the realization sets in that you might have just witnessed history.

Rub your eyes. Clear your head. Strip away the recency bias. Take a step back from the likes and the shares and the memes on social media. Disregard the insistence of those who’ve watched the game for decades, saying that nothing will ever live up to the magic of a moment they hold dear themselves.

The New York Giants set up for a 1st and 10 at the Dallas 43-yard line, leading 7-3 just as the second quarter got underway.

Wide receiver Odell Beckham Jr. was split out wide near the far sideline in single coverage. Off of play action, Beckham Jr. was the target on a deep ball, the defender tugging at his jersey as they jostled for position.

The rookie got a half-step advantage, rose up, and pulled it in with one hand, tumbling to the ground and landing inbounds, just past the goal line as flags flew and onlookers reacted with a mix of elation and stunned silence.

“I felt like I had been in the moment before and I just reached up and caught it and I finally was like, ‘Man, I finally got that one-handed catch I had been waiting for,’” Beckham Jr. tells NFL ALL DAY, reflecting.

Yeah, that was greatness.

In the years since, Beckham Jr.’s catch has cemented its place in NFL history and now you can own it on NFL ALL DAY as the Ultimate-tier centerpiece of our Modern Greatness drop on Sept. 1, 2022.

Joining Beckham Jr., NFL ALL DAY celebrates some of the biggest personalities and plays that you watched live, focusing on pass catcher vs. defender matchups that defined an era.

When you think of the passing game – and those tasked with stopping it – these are some of the names you remember most.