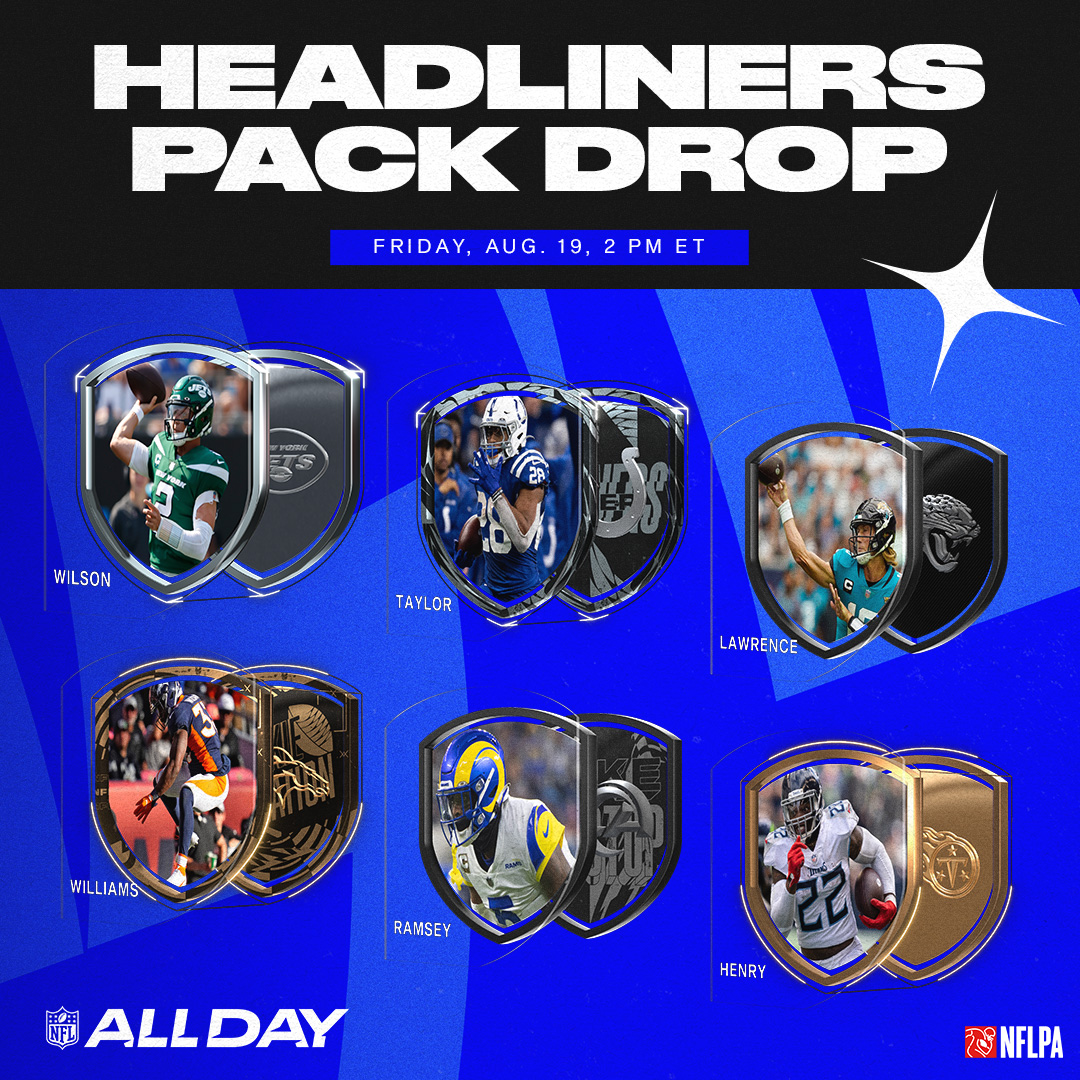 With the preseason in full swing and teams and players shaking off the rust for an incredible year ahead, it’s time for fans to tune up their collections on NFL ALL DAY as well.

This Friday, line up to score a pack of top Moments from last season’s action in our “Headliners” pack drop.

The pack is loaded with prime pulls, like the first-ever Legendary Moments from icons of the game like Derrick Henry and others. Jonathan Taylor, Zach Wilson and Derek Carr all hit the Rare tier for the first time, while the Common tier is full of exciting players to add to your collection before the season starts – from young QBs like Trevor Lawrence to elite defenders like Jalen Ramsey.

VIEW THE PACK PAGE HERE. STARTING ONE HOUR BEFORE THE DROP, THIS IS WHERE YOU'LL BE ABLE TO JOIN THE WAITING ROOM.

This "Headliners" pack is our third Series 1 Rewind pack release. "Rewind" encompasses Moments from the first 12 weeks of the 2021 NFL season – prior to the launch of the NFL ALL DAY closed beta.

Series 1 Rewind helps us capture all the excitement from an incredible year of football and set us up to roll out new forms of Moment gameplay on NFL ALL DAY in the future. Throughout Series 1 Rewind, we will not be minting any Moments for a player in a tier in which they have already appeared in Series 1 (i.e. if a player already has a Legendary Moment edition, he will not have another Legendary Moment edition minted in Series 1).