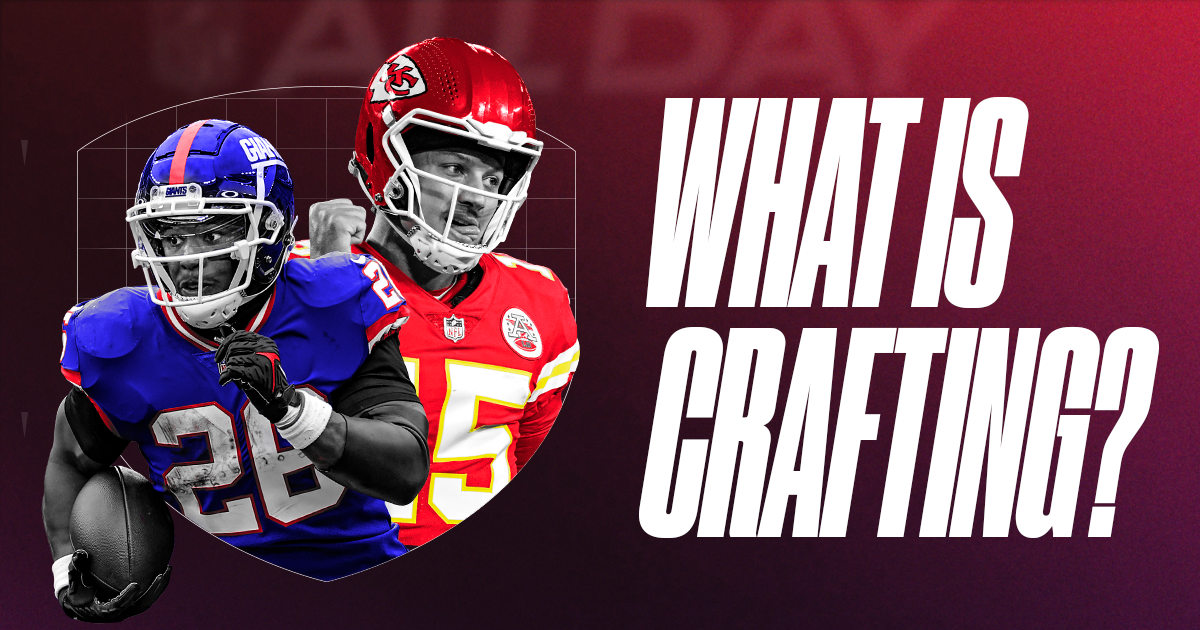 Ripping packs and earning Playbook rewards aren't the only ways to score exciting new Moments on NFL ALL DAY.

Sometimes, we'll release fresh highlight collectibles through Crafting Challenges, which give fans a chance to build the thrilling new Moments they want by collecting and burning pieces from their collection.

Here's how it works:

EXAMPLE:
‍
Here's an example of a Crafting Challenge from Series 2:

Prize: CeeDee Lamb Moment featuring his one-handed catch in the corner of the end zone in Week 3, 2022

Moments featured as prizes in Crafting Challenges get minted and categorized into a certain rarity tier based on the number of completions. In the above example, the CeeDee Lamb one-hander ended up as a Rare Moment.

In Series 2, coinciding with the 2022 NFL season, the following mint counts are being used to determine rarity tiers:

Crafted Moments will typically be part of particular sets that feature variable mint counts. In Series 2, we are using the "Draw It Up" set.

‍What does it mean to burn Moments?

Burning a Moment permanently removes it from circulation – it’s a blockchain transaction that cannot be reversed. Once a Moment is burned, no one can ever buy, sell or own it again.

Why burn my Moments?

In these Challenges, choosing to burn the required Moments will earn you exciting new Moments featuring top stars and top highlights.