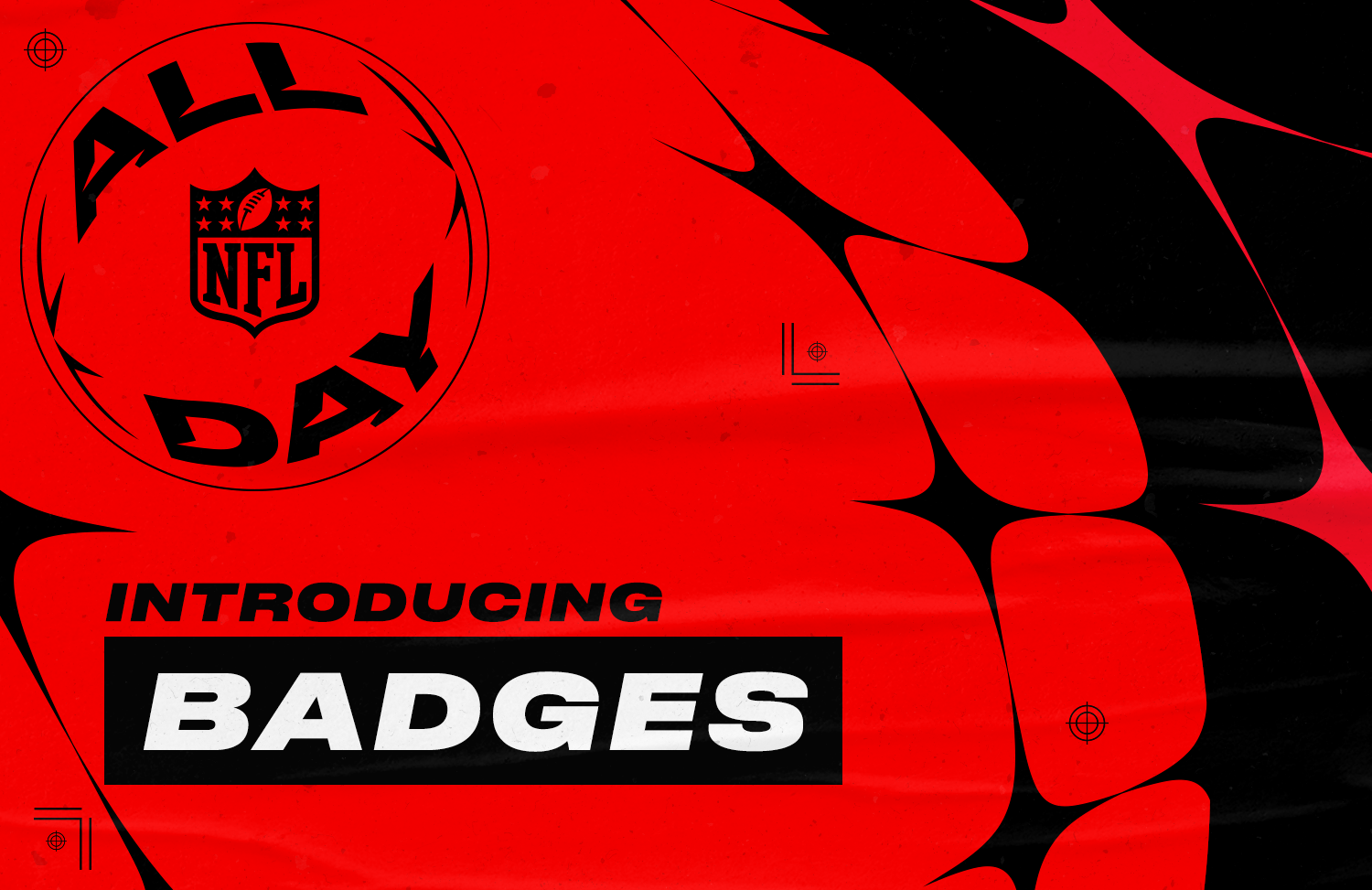 UPDATE: As of April 19, the Rookie Debut badge has been renamed to "Rookie Mint" and will be applied to all Moments minted during a player's rookie year. This blog has been updated to reflect Rookie Mint as one of the six badges you will find on NFL ALL DAY.

Whether it’s a game-changing play, a top-tier performance, or a jaw-dropping highlight, every Moment on NFL ALL DAY is memorable.

But some have a little something extra that makes them more distinct.

To help showcase Moments with special significance, NFL ALL DAY will be rolling out a series of “Badges,” visual identifiers that will appear on Moments and call attention to certain facts that we think are valuable for fans to know at a glance.

One of our top priorities in implementing these Badges is to give all fans equal access to key information.

It's important to understand that not all Badges are created equal - some are inherently more rare than others.

Here are the definitions of all six Badges you will soon see on the platform, plus an explanation behind our previously-minted Genesis Moments and their eligibility for Badges.

ALL DAY Debut:
Marks the first Moment ever minted on NFL ALL DAY for a particular player, excluding the 1/1 Genesis Moments minted prior to Week 13 of the 2021 NFL season.*

Rookie Mint:
Marks each Moment minted for a player during their rookie year (or as part of the series associated with their rookie year, i.e. all Series 1 Moments for 2021 rookies will receive Rookie Mint badges even if the Moment was minted after the conclusion of the 2021 season).

Rookie Year:
Marks any Moment that occurred in the player’s rookie year.

Championship Year:
Marks any Moment that occurred during a season in which the corresponding team won the Super Bowl.

#1 Serial:
Marks a Moment with a serial number of 1.

Player Number:
‍Marks a Moment with a serial number that matches the player’s jersey number.

NFL ALL DAY released Moments to users for the first time in the Week 13 Pack Drop on Dec. 10, 2021 during the closed beta period.

Prior to that point, we minted on the blockchain 352 unique 1/1 Moments for various players throughout the league from the first 12 weeks of the season, to be referred to as Genesis Moments.

Some of these Moments may be released to users in the future, but they will not qualify for the ALL DAY Debut or Rookie Debut Badges.

After Week 13, we continued to mint Moments on the blockchain weekly throughout the rest of the season, though we did not hold Pack Drops for Weeks 15 or 16.

Though they were not released in Pack Drops at the time they were minted, Moments from Weeks 15 and 16 will qualify for “NFL ALL DAY Debut” and “Rookie Debut” Badges using their mint date.

Therefore, a player may have an NFL ALL DAY Debut from Week 15 or 16 that was not released to fans until after other Moments from Weeks 17-18 or the NFL Playoffs.

WHICH MOMENTS HAVE BADGES?

CLICK HERE for a list of all currently released Moments which will feature NFL ALL DAY Debut, Rookie Debut, Rookie Year and Championship Year Badges.

Keep in mind that #1 Serial and Player Number Moments will apply only to particular serials of Moments. Check your Moments to see if your serial numbers qualify.