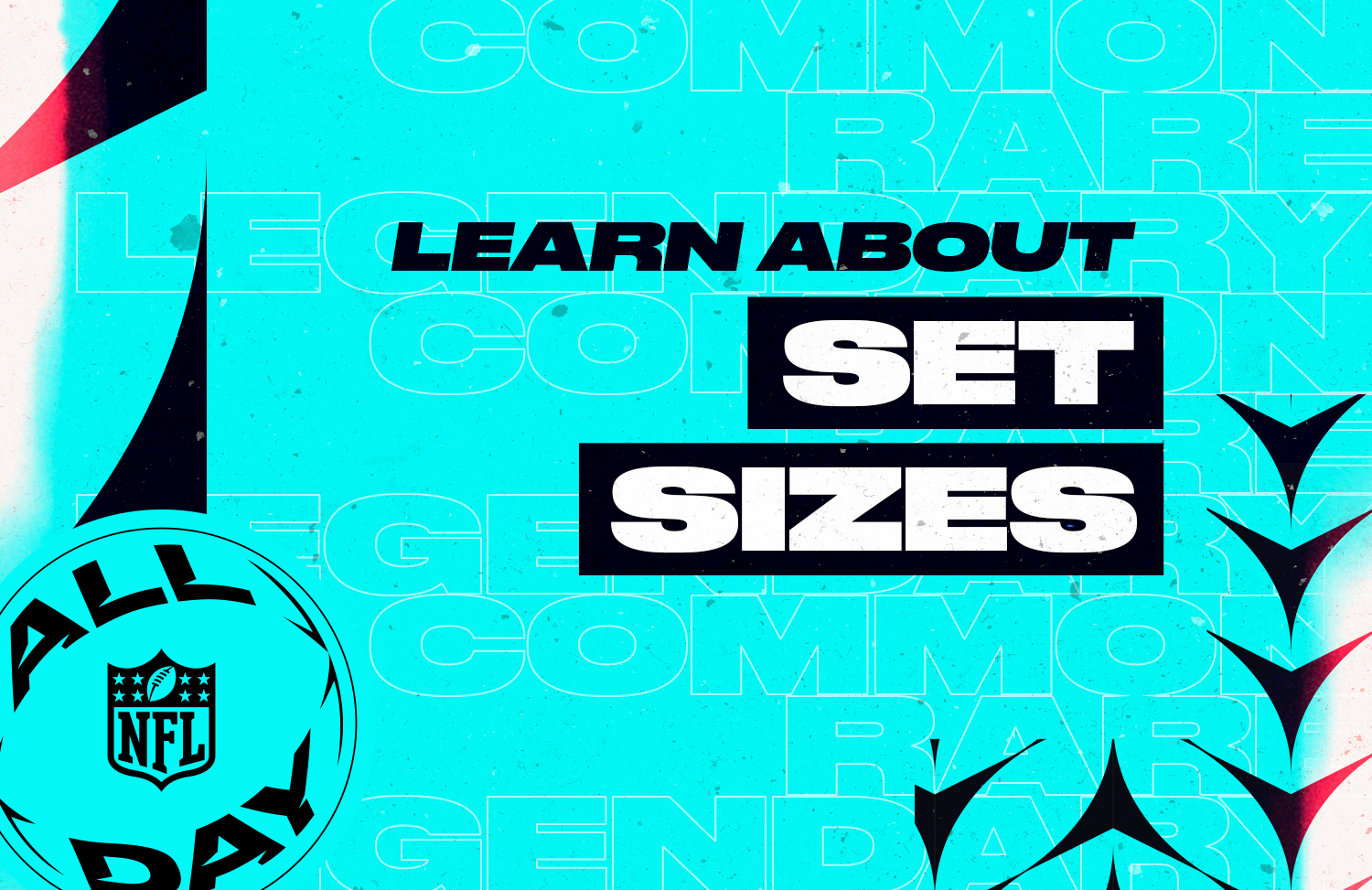 UPDATE April 3 12PM ET: Today we announced that Series 1 will feature even lower mint counts than previously communicated. All set sizes will be equal to or below the numbers outlined in this post.‍

Every Moment on NFL ALL DAY belongs to a specific set that groups together similar plays and performances.

In the regular season, Moments are grouped into sets such as “Make The Stop,” which denotes great defensive efforts, or “Hoodwinked,” which features the best trick plays.
‍

For descriptions of all the sets available for the 2021 regular season, click here.

Moments from the same set will all have the same mint count.

Below you can see at a glance the individual mint counts for Moments in each regular-season set as well as a rough “target” for the number of Moments included in each set.

In the playoffs, sets operate a little differently. Each round of the playoffs is its own set, featuring a mixture of Common, Rare and Legendary Moments. Here is the breakdown from this year’s postseason:

NOTE ON SERIES 1 (Info from Series 1 Release History; added to this post for clarity on 3/5)

During Weeks 1-12, we minted on the blockchain 352 unique 1/1 Moments for various players throughout the league from the first 12 weeks of the season, to be referred to as Genesis Moments.

We also curated regular non-Genesis Moments from Weeks 1-12, but have not yet minted them. These Moments will be minted and released as part of Series 1.